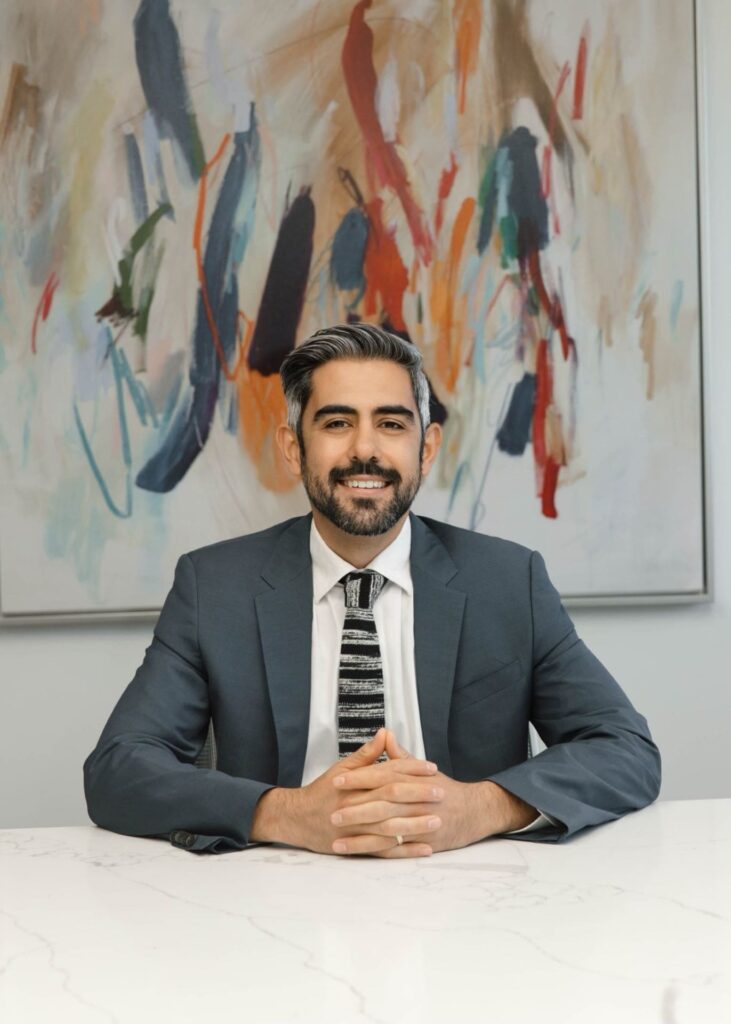 Allen Haroutounian is the managing attorney at Davana Law Firm.  He is a trial lawyer who enjoys a diverse personal injury practice ranging from automobile collisions, to premises liability, wrongful death, and negligent supervision. He is unique, in that he spent the first half of his career as a defense attorney at a large national defense firm representing the very same insurance companies, corporations, and government entities that he fights against today. Allen’s experience as a former defense attorney gave him invaluable experience and insight into the defense’s strategy and evaluation. This experience gives Allen foresight into his opponent’s next move and the ability to plan and prepare for how to respond, all to the benefit of his clients.

Mr. Haroutounian began to represent ordinary people and their families when he became a plaintiff’s attorney in 2017. While working at a boutique plaintiff’s law firm in Los Angeles, Allen honed his skills as a trial lawyer and secured numerous multi-million dollar settlements. He has extensive experience in all aspects of litigation, from case inception to trial. Since joining the plaintiff’s bar, Allen has recovered tens of millions of dollars for his deserving clients. Allen aggressively fights for his clients with the goal of aiming to make a difference in his client’s lives.

Mr. Haroutounian was born and raised in the San Fernando Valley. He attended college at the University of California, Irvine, where he graduated in the top 3% of his class. Thereafter, he attended Loyola Law School of Los Angeles, where he was the Chief Articles Editor of the Loyola Law Review and a member of the William Hobbs Trial Advocacy Program. Allen has been recognized by his peers in the Armenian Bar Association with the “Top 20 Under 40” award, an award given to only twenty Armenian lawyers across the United States who have demonstrated a exceptional skills as a lawyer and significant contributions to the community. In addition, he has been recognized by his peers as a Super Lawyers “Rising Star” since 2017, an award given to only 2.5% of attorneys in Southern California.

Let Us Fight For You. We Guarantee No Fees Until We Win.